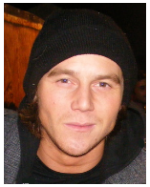 Last Friday My Friend Geri and myself paid a vist to the Gilglamesh in Camden for the fit and fabulous night at the babylon bar and met the lovely Ziggy again what a lovely Guy he is! Anyway we did it on the spur of the moment although we did get invited. What an experience that it turned out to be ther we are two 50 somethings traipsing around London at 10pm at night when we should have been thinking of going to bed LOL.
Got out at Camden station and there was a very big Police presence as we both looked at each other saying what are we doing! got to the gilglamesh and we had already decided we were only going to stay for one drink as we both had tight schedules to get our trains and Geris last train left at Midnight a bit like cinderella LOL anyway as it happens as we were still outside waiting to go in we were met by james Ziggys friend and as we were talking The man came out himself Kisses and Cuddles all round and he said he was just going on the balcony for a cigarette and to join him so we did had a few more kisses and cuddles and met his Hairdresser who is a friend of his He was a lovely guy to by this time we were begining to stick out like sore thumbs so after he tried to urge us to go in for a drink which we declined as we were pushed for time. we made our way
back to the station and got our relative trains back home good job we declined the drink as I arrived home at 12.45 dread to think what time we would have got home had we done so!! another lovely day with the lovely ZIGSTER!!! (swoons)
Camden is the up and coming place to see and be seen and I can throughly recomend the Gilglamesh having dined there now on two occasions.
Posted by Elizabeth at 04:45 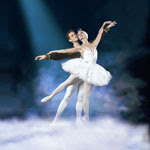 Tony & I recently went to Swindon to see Swan Lake It was Fabulous and how the ballerinas manage to keep their shoes on is amazing I was transfixed by how they did them up as you could not she bows or anything AMAZING . It was the Russian State Ballet throughly recomend it to anyone.
Posted by Elizabeth at 04:37